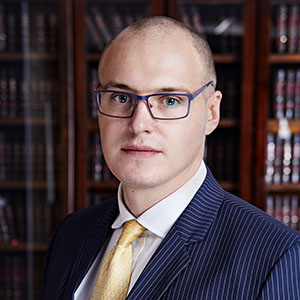 Clinton graduated from the University of the Witwatersrand (Wits) in 2012 (LLB conferred March 2013). Whilst at Wits Clinton tutored Criminal Law, he was a Dean’s list student and was elected to the Law Students’ Council, where he managed the Law Fora portfolio.

Subsequent to having graduated, Clinton served articles, and thereafter practiced as an admitted attorney for a period of two years before electing to undertake pupillage at the Johannesburg Bar.
During his tenure as an admitted attorney, Clinton completed an Advanced Certificate in Business Rescue Practise, through the University of South Africa (2016). Clinton is in the process of completing an LLM in Mercantile Law, through the University of Pretoria (UP). He has a keen interest in Electronic and Privacy Law.

During his tenure as an attorney, Clinton was exposed to a variety of areas of the law and has obtained practical experience in the function and processes of various Courts throughout Gauteng, most notably the Johannesburg High Court.