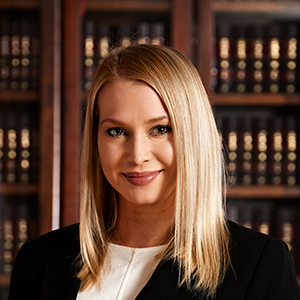 Jenna was called to the Bar in 2020 and her areas of practice include civil litigation, criminal litigation and general motion court work. She has litigated and appeared in various High Courts, Magistrates Courts and forums.

Jenna holds an LLB degree from the University of South Africa, which she obtained in 2012 (conferred 2013). In 2013, she underwent full-time Practical Legal Training at the School for Legal Practice and completed the course with distinction. Thereafter, she served articles of clerkship and was admitted as an Attorney of the High Court of South Africa in June 2015.