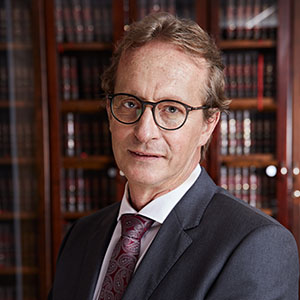 Robbie Stockwell was admitted to the Johannesburg Bar in 1983. His practice includes delictual, commercial, company, insurance, contractual, banking, building and construction law. He has also attended a number of matters involving administrative, local government and constitutional law, being the fields he previous lectured in at the former Rand Afrikaans University. Robbie succeeded Lötter Wepener as a group leader in November 2010 and served until November 2017, when he handed the reins over to Trevor Ohannessian SC.