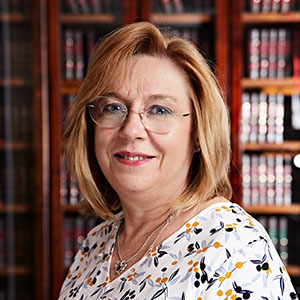 Qualified as a teacher at RAU now UJ in 1986 with a BA(NHEd) and then taught for 18 months at Voortrekker High School and Lindern High School in 1987 and 1988.

Private Town Planning Company under Reg Pheiffer for 5 years until 1991 and did Honours in Urban geography part-time at UJ in 1988.

Meyerton Town Council 1993 to 1998 in the Town Planning Department.
Then from 1998 to 2001 at Germiston Town council where I was involved in the compilation of the first Integrated development Plans for the Council under the Local Government Transition Act of 1993. While working at the Germiston Council I also did my LLB degree part-time.
Came to the Johannesburg Bar in 2003 and was an ad hoc Family Advocate from 2003 to 2008 at the Johannesburg Family Advocate’s office.
Small Claims Court Commissioner from 2008 to date.

Mentor in the Mentor-Mentee programme of the South African Chapter of International Association of Women Judges since 2018.